Hey, thanks for stopping by! I threw this Bacon Cheddar Jack Soup recipe together last night using nothing but what I had at home and my imagination and it turned out great!   I hadn’t really planned anything.  I was sitting at the table brainstorming on what to make.  I wanted some soup, but I didn’t want to make anything that would take a long time.  Busy Saturday…you know how it is…and just didn’t want to spend time in the kitchen.  You can’t go wrong with cheese and bacon, right?  My family loved the bold flavor of this delicious soup and I think that you will, too!

1 package of bacon, cooked to a crisp, then crumbled

In a large pot, bring 8 cups of water to a rapid boil.  Once it is boiling, turn the heat to medium high and add the 8 boullion cubes.  Allow it to continue to boil, stirring occasionally, until the boullion cubes are completely dissolved. Once they are dissolved, add the pepper and salt.  Turn the heat down to medium. Add the milk, both cheeses, and the bacon.  Stir the bacon cheddar jack soup frequently until the cheese has completely melted.  Once the cheese has melted, stir in your rue (Never made a rue before?  No worries—I have included how I make my rue below!).

How I Make My Rue:

While the cheese is melting in the soup, I use a separate small pan and melt 1/2 c butter.  Once the butter is melted, I add a table spoon of flour at a time, stirring continuously.  Once it has thickened to about the consistency of Cream of Wheat or pudding, it is done.  Remove from heat and pour into the soup.

Once you have added the rue, allow the soup to boil and thicken.  At this point you do need to stir the Bacon Cheddar Jack Soup frequently (like almost constantly) to avoid scalding.  Allow it to continue at a slow boil until it has thickened a bit, then it is ready to serve! Enjoy!

See you next time,

P.S.  I always like a little bread to go with soup, don’t you?  If I don’t feel like making homemade bread, I use this easy Crusty Garlic Bread recipe—you can make it with a loaf of french bread from the grocery store, so it is super easy! 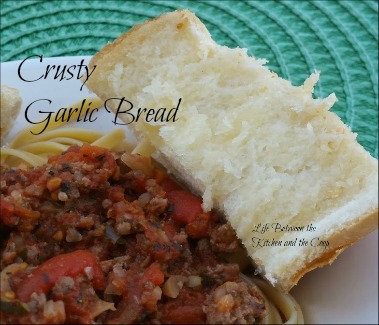